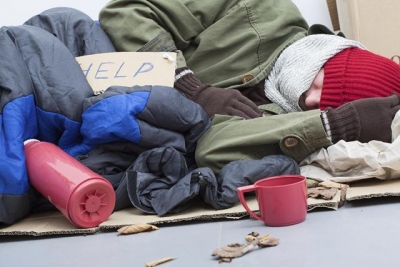 Most theories suggest some people are willing to view stigmatized individuals, such as drug addicts, as less than human because believing people in these situations don’t have the capacity to think and feel like others makes it easier to marginalize them.

But research led by the University of Iowa has found another reason for dehumanizing outcasts: emotional exhaustion. People are more likely to deny a homeless drug addict human qualities when they believe that helping the person would be too overwhelming or emotionally exhausting, according to a set of studies.

However, when researchers suggested empathizing with such an individual would be emotionally inspiring and rewarding, participants changed their perspective.

"If you think empathy for this target will be exhausting, you show this dehumanizing effect," says Daryl Cameron, assistant professor in the Department of Psychological & Brain Sciences at the UI and lead author of the study. "But if you think empathy is going to be inspiring and rewarding, dehumanization goes away. It's not that they become more likely to humanize the stigmatized target, it's just that the dehumanizing effect goes away."

The study, "The Emotional Cost of Humanity: Anticipated Exhaustion Motivates Dehumanization of Stigmatized Targets," appeared online and in the March issue of Social Psychological and Personality Science.

Read the full article at IowaNow.