Dynamic Affordances in Embodied Interactive Systems: The Role of Display and Mode of Locomotion

Many practical applications of VR technology rely on adequate immersive representations of 3D spaces and support of embodied, dynamic interactions with the virtual world. Evaluation of these properties remains an important research problem. This project aimed at developing a method of conducting user evaluations of dynamic, full-body interactions in VR systems based on using support for perception and action coupling as a criterion for comparison.

We investigated how the properties of interactive virtual reality systems affect user behavior in full-body embodied interations. Our experiment compared four interactive virtual reality systems using different display types (CAVE vs. HMD) and modes of locomotion (walking vs. joystick). Participants performed a perceptual-motor coordination task, in which they had to choose among a series of opportunities to pass through a gate that cycled open and closed and then board a moving train. Mode of locomotion, but not type of display, affected how participants chose opportunities for action. Both mode of locomotion and display affected performance when participants acted on their choices. We concluded that technological properties of a virtual reality system (both display and mode of locomotion) significantly affected opportunities for action available in the environment (affordances) which has strong implications for design and practical applications of immersive interactive systems.

Flexible Recalibration of Perception and Action in Children and Adults 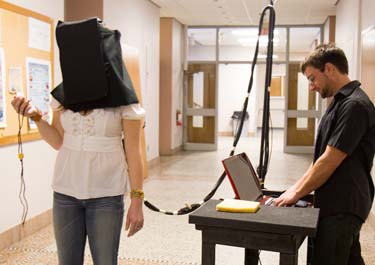 As we locomote through the world, we constantly experience the relationship between our rate of physical movement and the rate of visual motion. For example, if we walk quickly down a sidewalk, we experience a faster rate of visual motion than if we walk slowly. Over time, this vast experience with the relationship between perception and action allows the system to build up expectations about how a given amount of movement will lead to a given amount of distance traveled. The regularity between the rate of movement and the distance traveled is altered only through mechanical devices such as moving sidewalks in airports. In such cases, a given rate of walking produces a greater amount of distance traveled than we normally experience. With enough experience on a moving sidewalk, people should recalibrate, or adapt to a new relationship between perception and action. 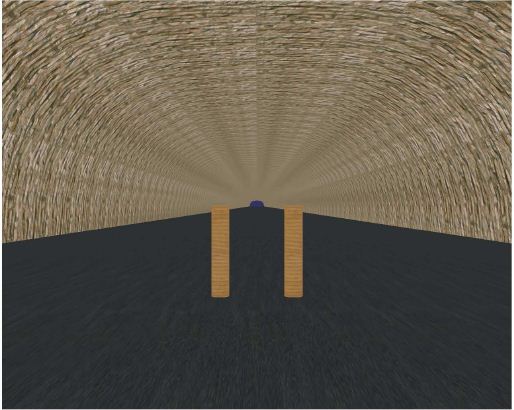