Home » About » Living in Iowa City 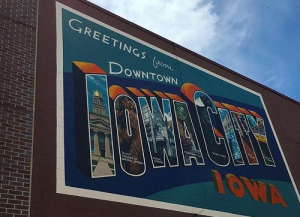 With the University of Iowa campus located next to downtown Iowa City, the University and downtown area seamlessly mix, creating a vibrant intellectual and cultural scene that most cities would envy.

Downtown Iowa City is the center of activity for the metropolitan area, home to numerous independent restaurants and shops along with a smattering of national chains.  The center of downtown is the Pedestrian Mall (aka Ped Mall), a three-block area of shops and restaurants where Iowa Citians gather throughout the summer for events such as the Friday Night Concert Series, the Iowa Arts Festival, and the Iowa City Jazz Festival.

The downtown area is also home to the bi-weekly Iowa City Farmers Market, running from May through October, where farmers and artisans from around Iowa peddle their wares. And while the downtown area bustles, there are many quiet, historic neighborhoods filled with tree-lined streets hiding classic, Midwestern homes.

In the immediate area are multiple modern concert halls and numerous restaurants and music venues playing everything from rock to classical music. There is also Hancher Auditorium, which has an international reputation as one of the leading university venues for the performing arts in the nation.  In addition, there are modern sports facilities, two recreational lake areas, five golf courses, numerous parks and swimming pools, and four theaters devoted to live performance. 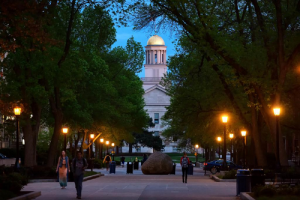 Iowa City is also just one of 28 UNESCO Cities of Literature in the world.  Combined with the Iowa Writers’ Workshop, several small presses and magazines, a plethora of local authors and independent bookstores, an extremely popular book festival, and amenities like the Iowa Avenue Literary Walk, Iowa City affirms its reputation as an international destination for creative thinkers.

With outstanding and affordable health care, excellent libraries and schools, historic neighborhoods, and a downtown filled with a lively mix of restaurants, shops, theater, music, and festivals, Iowa City has something for everyone and is consistently ranked among the best places to live.

To get a taste of what our community has to offer, view this short video.